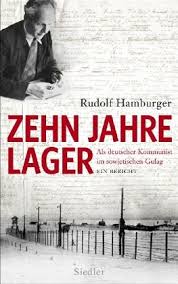 The German architect Rudolf Hamburger was in China during the 30s to the Communists. Later he spies the Soviets, when he blows up him in Tehran, lock ten years into the camp. Only in 1955 he can leave in the GDR and work there again as an architect. Hamburger was a friend of many intellectuals, including Brigitte Reimann, who immortalized him as “Landauer” in her book “Franziska Linkerhand”. His prison camp in the Gulag remained secret. Only towards the end of his life he wrote down the report, which is now in book form.

Admission € 5 / concessions € 3. No ticket sale. Box office opens one hour before each event.