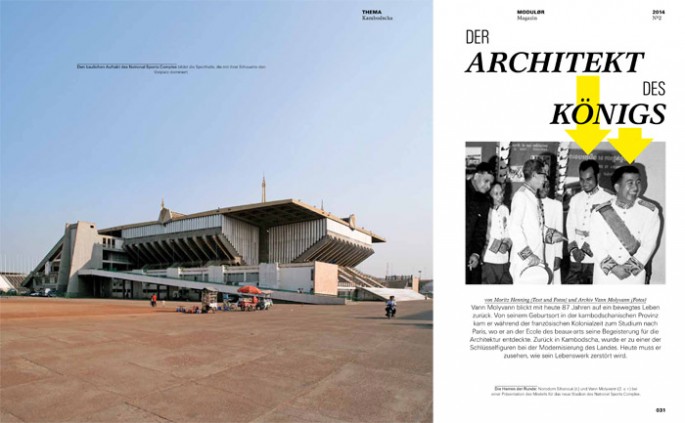 The king’s architect
At the age of 87 years today Vann Molyvann looks back at a moved life. From his birthplace in the Cambodian province he came to France during the colonial age to study, where he discovered his enthusiasm for architecture at the École de Beaux Arts in Paris. Back in Cambodia he became one of the key figures in the modernisation of the country. Today he must watch how his life work is destroyed.
Text and photos: Moritz Henning 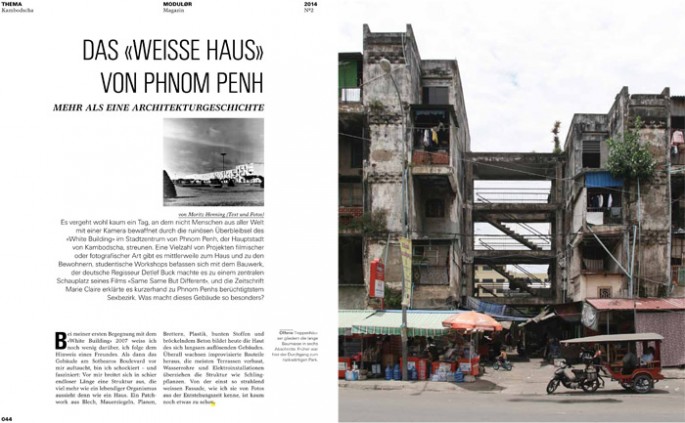 The “white house” Phnom Penh
Hardly there passes one day in which people from all over the world do not stray, armed with a camera, by the ruinous remains of the “White Building” in the city centre of Phnom Penh, the capital of Cambodia. There is a huge number of projects of cinematic or photographic kind on the building and its inhabitants, student workshops deal with the building, the German director Detlef Buck made it a central scene of his film „Same same but different“, and the magazine Marie Claire explained it without further ado to Phnom Penh’s most notoriuos sex district. What does this building make so special?