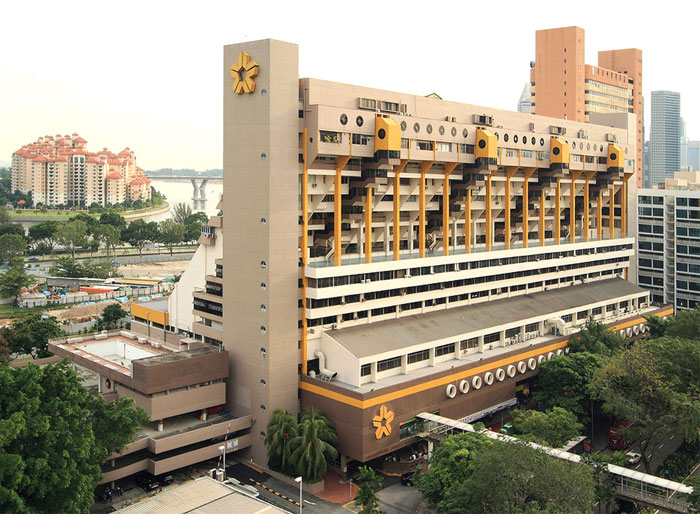 Lim studied at the Architectural Association (AA) London and the Institute of Urban and Regional Planning from Harvard University in Boston and returned in the late 1950s back to Singapore. In times of enormous political and social changes, he founded his first architectural co-partnership. Buoyed by a gigantic economic growth and tremendous design possibilities, he realised its distinctive megastructures. Concerned about the rapid pace of urban development in Singapore, Lim developed an increasingly critical attitude towards modern architecture. Together with Fumihiko Maki, Sumet Jumsai and Charles Correa et al he founded the group Asian Planning & Architectural Consultants (APAC), to investigate and progress the architectural and urban identity of Asia.
With his model of “Future Urban City” he shows impressively that a transformation of traditional Shopehouse typology or the Chinese Downtown into a high-density, hybrid city concept can succeed, without being assimilated by the urban influences of the “Western” modernity.

In the spirit of Metabolism William Siew Wai Lim and his teammates (Gan Eng Oon, Tay Kheng Soon) created the Golden Mile Complex and the People’s Park Complex, one of the first prototypes of the modern Asian city in Singapore.

Biografies of Modernity is a series of events organized by Moritz Henning with Dr. Eduard Kögel at the CLB Berlin

If you would like to be invited to our events in the future, simply send us an e-mail.

Note to the venue CLB:
The main entrance to the CLB venue is located on the right side of the Aufbau Haus on the ground floor and is directly accessible from the walkway in the Oranienstrasse (large shop window). The stop Moritzplatz of the U8 and the bus line M29 are directly in front of the house.